Disruption of Hemodialysis Service in Indonesia

Quoted from the book “Disruption” by Rhenald Kasali, Ph.D. 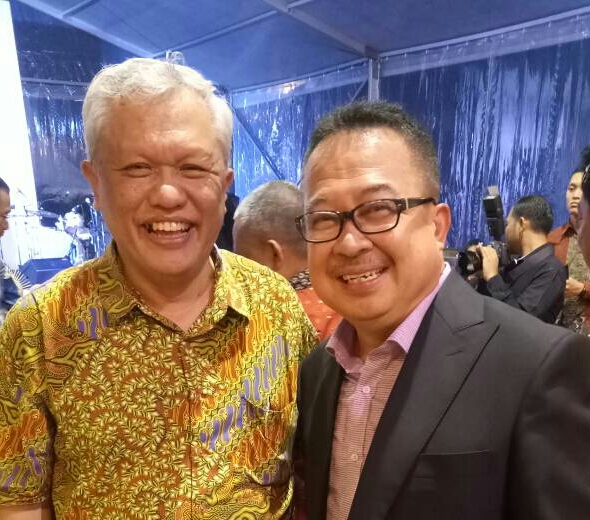 Change is a must. The era of “Zero to One” is over, and we are even now in the era of the third internet world which moves very fast, exponential and hard to be pursued by the inactive people. They are not doctors. How can they disrupt the health service through some clinics in 40 venues and this will soon reach 400 throughout Indonesia?

We are not talking about the regular clinic. This special clinic is a hemodialysis center for poor people. Hemodialysis treatment is very costly. For one time treatment we have spend around 800.000-1.200.000 Rupiahs. And this does not include the transportation fee if patients have to travel long distance. Many kidney failure patients come from the middle low income who live in the outskirt of big cities.

Andreas Japar, an ITB 1977 graduate, majoring in physics engineering, is a pioneer of this noble health service. After working as a sales for European company for several years, he run his own business as a distributor for health equipment. And he became more skillful and confident after learning the ins and outs of the health business. He then found out that patients do not need to spend their money inefficiently.  He also learned and understood about the equipment and the behavior of the patients and their family.

Together with two IT experts, he then established PT Masa Cipta Husada (focusing on the management of hemodialysis equipment in hospitals and clinics) and PT Masa Lestari Husada (focusing on the sales of hemodialysis machines). The first project was built in Kebayoran Baru, This project is a joint cooperation with the Foundation of Nahdlatul Ulama. On my visit in 2016, I found out that the building previously functioned a maternity clinic.
The maternity clinic business at that time faded away. Facing the era of 21st century the financial condition was getting worse and the physical condition of the building was getting poor too. 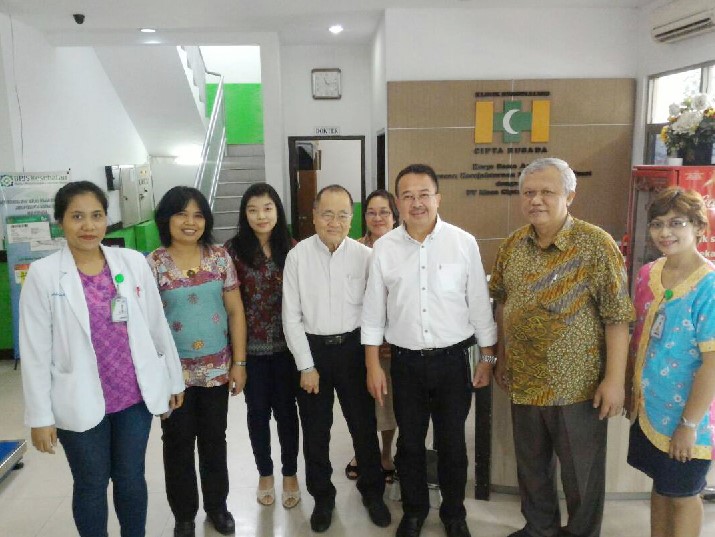 The maternity clinic business at that time faded away. Facing the era of 21st century the financial condition was getting worse and the physical condition of the building was getting poor too.

Meanwhile the latest data shows that the number of hemodialysis patients from the low income society is increasing. Together with YKM-NU, Andreas and his two other partners decided to disrupt the hemodialysis service. They insisted to lower the hemodialysis fee by 50-70 percent.

At the beginning, even with the lower rate which was Rp 550.000,- per visit  ( it takes 5 hours to undergo the treatment), only a few patients came for the treatment. Why? It seemed that the poor still could not afford to pay.  Then they worked on the new strategies.

Fortunately, in the era of President Joko Widodo, the Government really pay attention to the poor. Formerly there was Jamkesmas ( Social Health Insurance), but they did not work well enough with the hospitals. The cost was unbearable for the hospitals, moreover the settlement was just paid four months later. Luckily the BPJS managed to improve the system so that payment to the hospitals is now settled in fifteen days. But BPJS is still willing to pay the costly fee for hospital grade A and B. There is still inefficiency.

You can see in the table list of the standardized rate for health service in PMK (Regulations issued by the Minister of Health) No. 52/2016  to check the fee for chronic kidney patient  undergoing the hemodialysis treatment.

This is not efficient. Many hospitals in big cities develop their business in hemodialysis unit because it makes money. The fact is most patients come from the outskirt of the cities, so travel costs a lot.

Andreas and his team insisted to continue reducing the treatment fee. He even runs a manufacturing company to produce washing blood liquid.

Lately, the Ministry of Health turns to India that could offer a “super cheap” service which is around Rp 350.000,- to Rp 500.000,- but many doctors doubt about the quality of the service. particularly with recycled equipment like syringe and medical tubes for multiple use and for different patients.

Andreas keeps on fighting for the disruption. With his business partner, he set up e-Medical Center which will pay 400 to 1000 small building size clinics located in the outskirt of big cities. This Smart Hospital would be very efficient.