Hemodialysis is The Best Therapy For Kidney Failure Disease 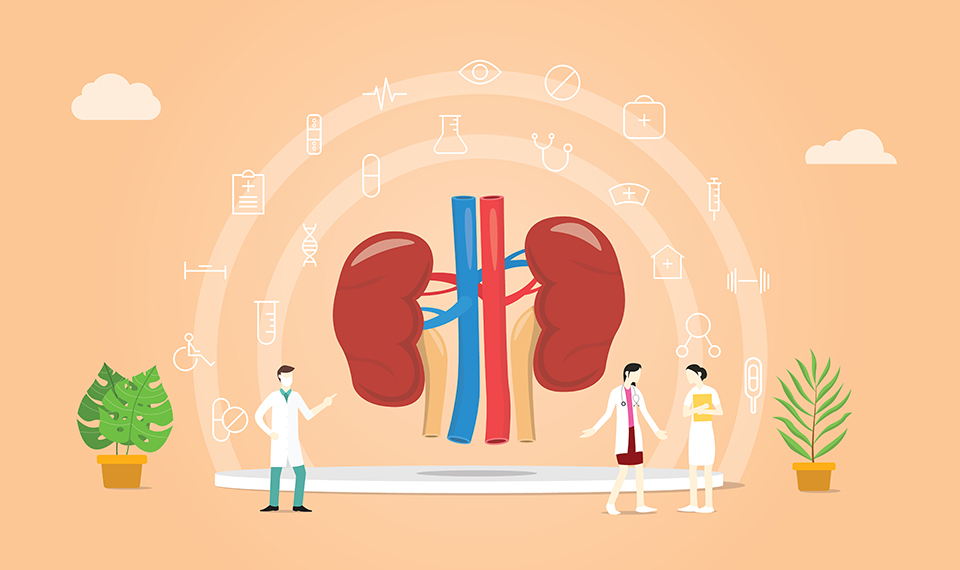 Kidney failure has become a more serious health problem around the world. The prevalence of patients who suffer from kidney failure is 215 people in every one million population ( Yang et al, 2015). Whereas in Indonesia, the prevalence of kidney failure is 2%, and it ranks number 10 for causes of death in Indonesia (presentation Nila Moeloek F on World Kidney day in 2018). According to the results of the Global Burden of Disease in 2010, Chronic kidney disease was the 27th rank of death in the year 1990, and got worse to rank 18 in the year 2010 with 16.3 victims per 100,000 people.

Symptoms of chronic kidney disease seem to be quite invisible. Some patients might feel weak, nausea, shortness of breath, swollen feet, or have less urine secretion (rarely urinate). Some other patients do not have any symptoms although lab test results indicate that levels of ureum and creatinine are above normal (indication of impaired kidney function). Communities health awareness is necessary so health problem could soon be identified at an early stage. Patients who experience chronic kidney disease need to get continuous treatment in order to retain the remaining kidney function. For end stage chronic kidney disease (End Stage Renal Disease) or renal failure, patients should receive kidney replacement therapy (TPG).

There are several options of renal replacement therapy (TPG), for example kidney transplants, but only very few patients could undergo the transplant surgery since there is a long queue of patients to have the kidney transplant surgery. Besides, suitable donor is hard to find and a series of laborious health tests should be also be done. Another option is a Peritoneal Dialysis (PD or CAPD) - the process of washing the blood using the peritoneal membrane in the abdomen. Patients undergoing the PD or CAPD do not have to come to the hospital for the treatment, however not all Peritoneal Dialysis patients could do the treatment by themselves. Patients might be exposed to some infection (peritonitis) and some other problems like bent or clogged tubes inside the abdomen.

Hemodialysis is the easiest option. In hospitals or clinics, patients are taken care by professional health care personnel. Should there be problems or complaints, immediate actions could be done and referred to authorized doctor. Moreover in one session of hemodialysis process, there are some patients undergoing similar therapy, so from fellow patients everyone could get emotional support to stay healthy and do the regular treatment. Hemodialysis process only takes 5 minutes and is conducted twice a week. This process is much shorter compared to the peritoneal dialysis since it should be done daily. Hemodialysis can also be combined with the other therapies such as hemofiltration or hemoperfusion which could maximize the therapy for individual needs of each patient

One of the objectives of therapy hemodialysis is to reduce toxins (uremic toxin) which is accumulated inside the body, and it is indicated with the rate of ureum and creatinine in blood. Hemodialysis process does not only “wash” the toxin of blood, it also keeps the acidity and the blood electrolytes in balanced condition. And the therapy could reduce the excess fluid in the body through the process of ultrafiltration. With above mentioned principles, hemodialysis therapy is indicated with the following conditions:

Acute Acidosis : high acidity in blood due to metabolic disease such as uncontrolled diabetes with high level of glucose

Intoxication : hemodialysis could reduce the toxins levels in the body; in case of methanol poisoning

Uremic : high level ureum in blood due to the kidney failure function takes metabolism outcome into the urine.

Electrolyte Imbalance : patient with abnormal level of potassium such as excessive potassium and natrium

Excessive Fluid : too much fluid inside the body ( swollen feet, protruding belly, shortness of breath) due to the imbalanced level of fluid between the incoming and the outgoing one. (unable to urinate)

Hemodialysis therapy is not something scary and threatening, unlike horror movie with blood scattered around. The process of the therapy is safe and clean since blood is taken out and put back into the body through a sterile tubes. During the hemodialysis patients could sleep or do other activities such as reading, chatting, using mobile, or snacking. In General, the process of hemodialysis is as follows: After being checked and stated eligible by doctors, nurses will take out the blood and put it to either hemodialysis machine via the AV-Shunt, through the double lumen catheter (CDL), or other appropriate access of the patient. Blood from the patient's body is pumped out through the tube (bloodline) and put into the dialyzer. Dialyzer functions as the artificial kidney. It consists of delicate fibers membranes which filters the blood. Blood coming out of the dialyzer will go back into the patient's body. This process takes approximately 5 hours for patients undergoing regular hemodialysis and 3 hours for patients taking the initial treatment.

Quoting a speech by Mr. Andreas Japar in the opening ceremony of Cipta Husada NU Hemodialysis Clinic in Purworejo, formerly when a person was diagnosed with kidney failure, there would be only one word that came into mind; that is "dead" since there is no hope for a healthy life for the kidney failure. The treatment was expensive, and it could only be found in major cities. Now the condition has changed. Hospitals in rural areas start to run the hemodialysis service. Many hemodialysis clinics are also established to serve the kidney failure patients. Financial support for health coverage is also provided by private and government sector

In the era of the BPJS, renal failure patients could undergo hemodialysis therapy on a regular basis. Survey done in 2016 showed that 90% of the hemodialysis patients used financial support from JKN, 7% of patients was self funded and 3% used private insurance or on companies’ account (IRR, 2016)

Incorrect opinion stated that life of hemodialysis patients would forever depend on the hemodialysis machine. For certain case like acute renal failure (e.g. due to leptospira infection, poisoning, dehydration), kidney could normally function again after the hemodialysis treatment. Whereas, in other case of chronic renal failure (e.g. due to diabetes complications, hypertension, infections, kidney stones) kidney function is indeed difficult to recover and it might get worse. The declining function is due to the progression of his illness, not because of the effects of hemodialysis. The kidneys could have been damaged, but the quality of life must be maintained. If kidney failure patients undergo the hemodialysis therapy and take the medication regularly, they will be able to enjoy life as healthy people, get back to work, do social activities in the community, and certainly enjoy the quality time with the family .

From this review, it is expected that patients with decreasing kidney function are willing to undergo the hemodialysis therapy if the doctor advises to do so. By regularly taking the therapy patients will have the better quality of life.